ALL CITY HEROES:  HEROES OF HOPE

In a time of great despair and poverty in New York City amid the great depression a group of racially integrated crime fighters find themselves the only solution in solving the city greatest crisis. It's a city on the brink of disaster, and new generations of heroes arise to save the day. They are chosen from all corners of the City for their abilities to fight crime and poverty. This series will challenge the norm of what it is to be a minority superhero in urban America during the great depression.

Orin Evans is a highly decorated New York police officer known to many on the streets as the ”Protector.” At the height of his crime-fighting career, he was handpicked by the chief of police to join the super Powered crime-fighting team known as “All City Heroes”, Orin Evans accepts the offer and role of leadership of the newly formed costume crime-fighting team.

Renoir ‘Ren’ Copeland is an African-American character who uses a pocket watch to manipulate time. With it this clean-cut gentleman from Harlem is always at the right place at the right time. However his easy-going nature sometimes annoys his teammates when on missions.

Freda (Pearl) Laveau Raised in New Orleans French Quarter she comes from a long line of Voodoo Queens and a practitioners of voodoo magic, she’s has been given an ancient source of powers that have been passed down through generations. Nicknamed "Black Pearl,” she has gained notoriety for her abilities of telepathy and casting magical spells.

Henry Peter Strong-Arm comes from a proud Italian Immigrant family with a secret that in the 1930’s they need to protect. Male members of the original bloodline have abilities that are much more than the average man. Young Peter recently has discovered these abilities. His father changed his name and as the new NYC Police Commissioner signed his son into the All City program so he could publicly monitor Peter’s progress as he trains.

Cheng Wa is a second generation Chinese Immigrant and scholar. First in his family to go to college he excelled in his studies. His specialty is history - especially warfare and weaponry. Dedicated and honorable Cheng continues his studies while helping with the family business. He is a very skilled Tailor in his father’s Laundry located in Chinatown Queens. Cheng is in his mid 20’s.

No one knows this Native-American’s real name because he won’t tell anyone. From what he says he seems to possess some wisdom which he doles out in between insults and inappropriateness. But with all this "FireWater" is an honorable man and set in his ways. He appears much older than his teammates but he is probably much older than that. Like the elements that he wrestles with internally his personality is recklessness and rebellion personified, he does not like authority but also possesses extreme compassion and mercy. He feels deeply for what he does and everyone knows that.

Born Shawn Silverman an aspiring boxer who settles his scores with his fists, he grows up during the great depression in a Bronx neighborhood. Shawn discovers the source to a power that would make him into a masked crime fighter. As a masked hero known as “The Brawler” he wages a war against crime in the Bronx. 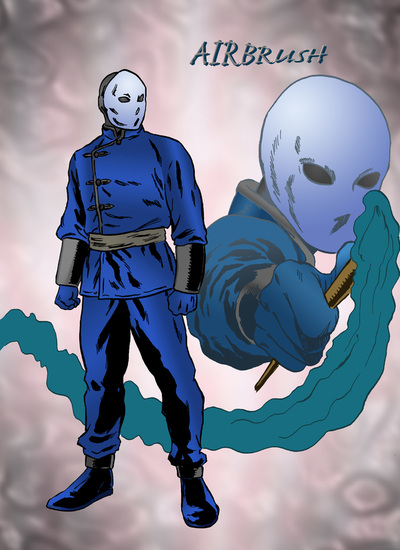 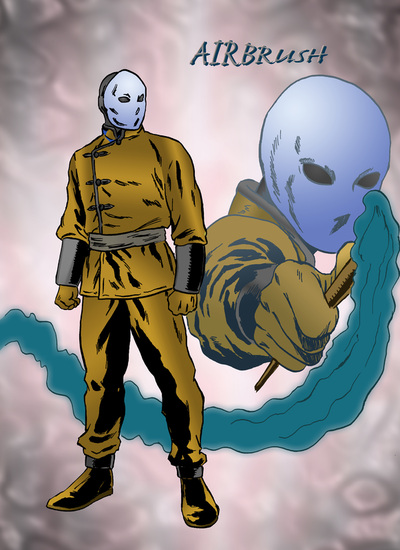 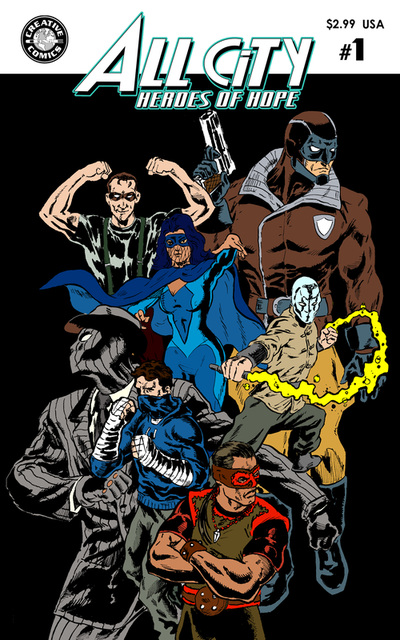 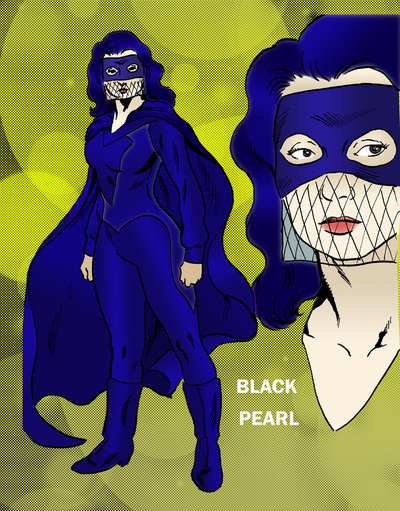 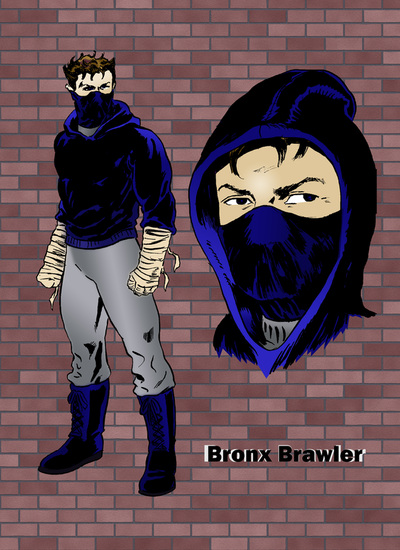 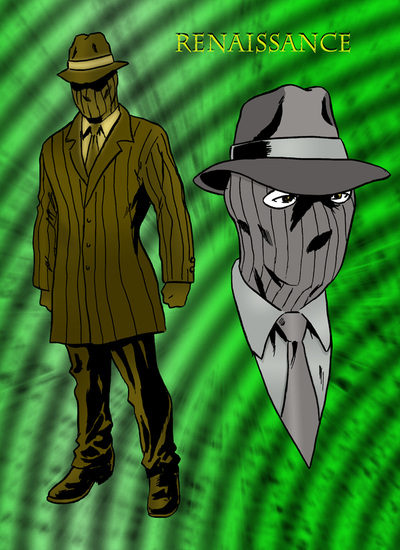 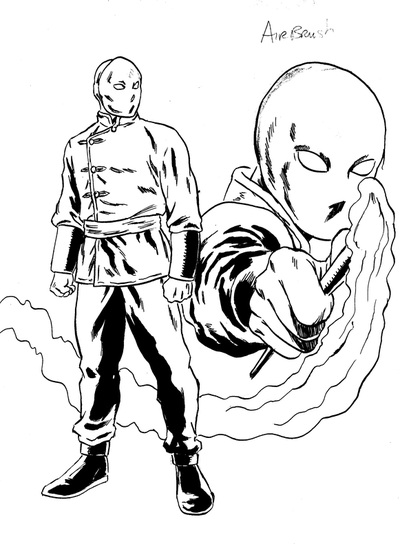 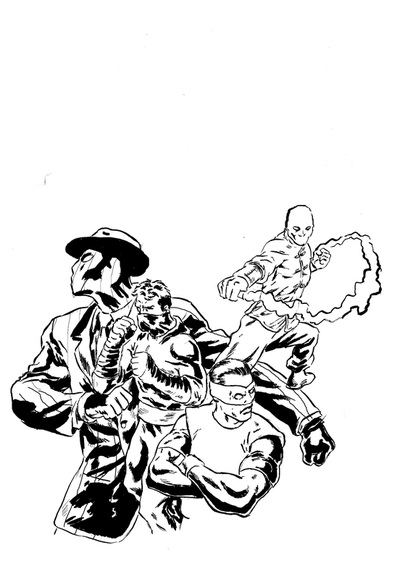 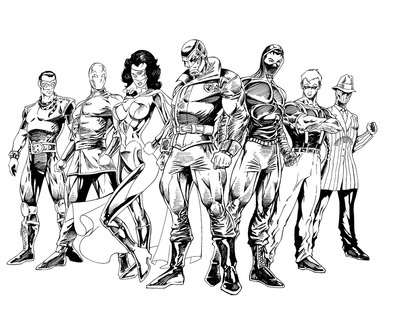 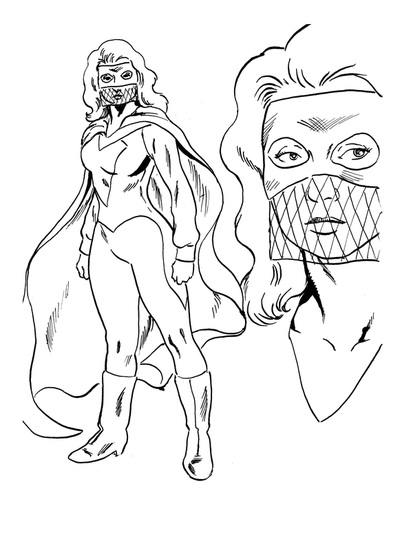 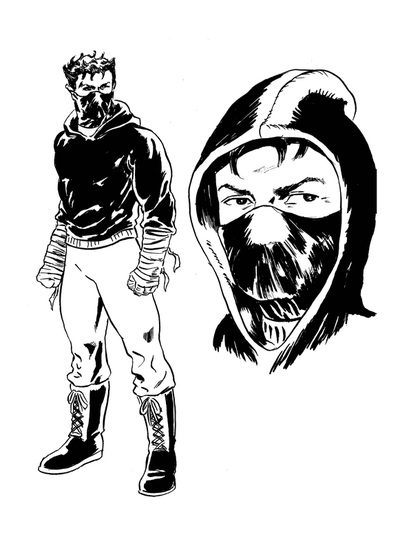 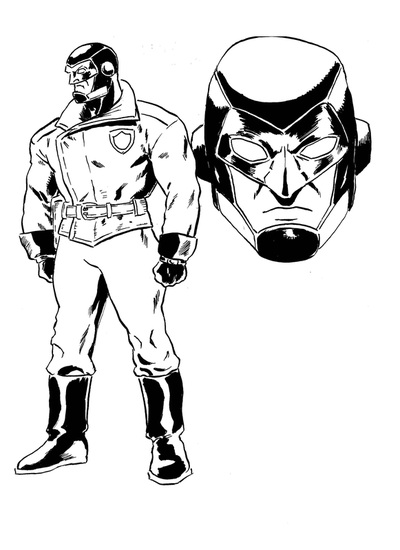 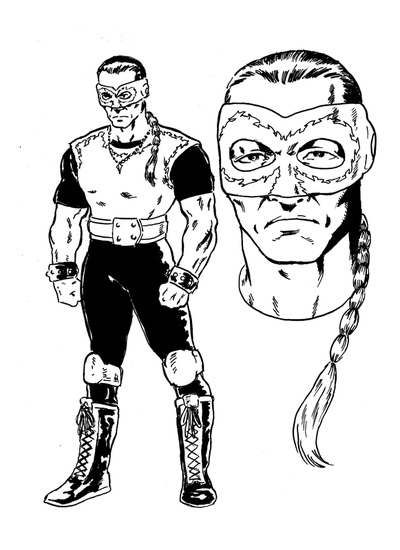 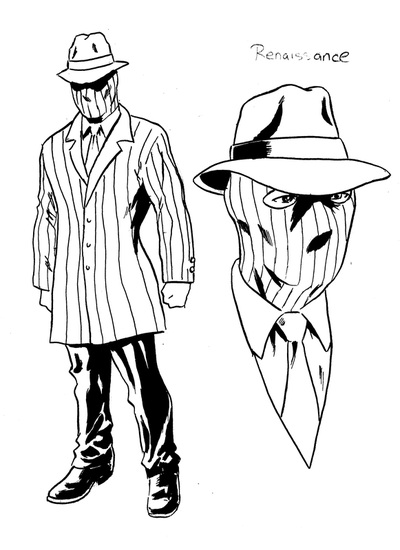 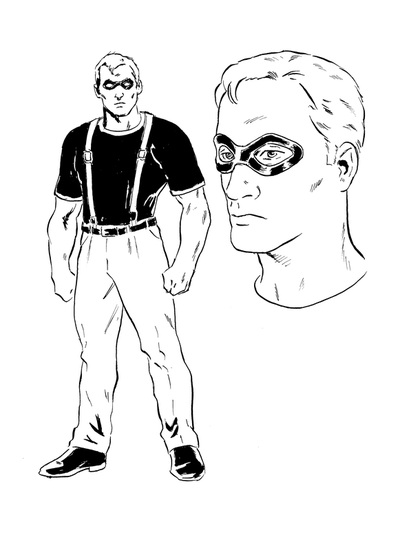 All Characters Trademarked by Creative One Comics 2014