THE TRIPLE THREAT is a graphic novel with three gripping super heroes’ stories told through out many different generations. It’s intended to introduce readers’ to a fictional retelling of Bronx history with heroic, tormented masked crime fighters. It begs the question, what if superheroes really exited in the Bronx. The graphic novel reintroduces THE BRAWLER adventures from the early 1930’s Bronx tenements slums of the great depression to BROTHER BX one other urban legend from the turbulent 1970’s Bronx gang’s era. And finally rounding up the series is the modern day vigilantes know only as BX. This series is meant to showcase readers’ to three very important key supporting characters in our C1/Bronx Age Universe. 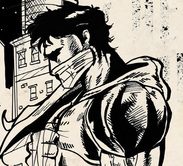 Born Shawn Silverman an aspiring boxer who settles his scores with his fists, he grows up during the great depression in a Bronx neighborhood. Shawn discovers the source to a power that would make him into a masked crime fighter. As a masked hero known as “The Brawler” he wages a war against crime in the 1930’s. 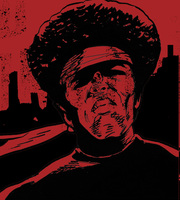 A black super hero born out of the turbulent 1970’s South Bronx, we introduced a Vietnam veteran Orin Evans II who wants to straighten out his old neighborhood, we witness his complete transformation into a militant urban legend named “Brother Bx” a champion for injustice. 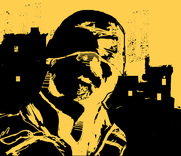 BX: DEFENDER tells the story of Hector Guerra, after returning back from Iraq in the mid 1990's he is confronted with the drug violence in his hometown the South Bronx. He's forced to utilize he's knowledge in combat and Immediately strikes back at the problem, Hector AKA "BX" struggles to get rid the drugs plaguing his beloved neighborhood as well as dealing with the trials and tribulation in being a super hero in the Bronx.


All Characters Trademarked by Creative One Comics 2014