The Athlete men are an International super hero team. They were recruited from all over the world to participate in a counter-terrorism task force who has been assigned by a joint venture between the International Olympic Committee (IOC) and the United Nations Security Team (UNST) to protect all Olympic athletes worldwide from terrorist threats. 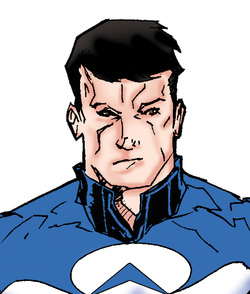 DISCUS: Jose Luis Guerrero
A Mexican American raised in Texas who had a life long dream to make it to the Olympic competitions. Afterwards at the Olympic games he was saving someone's life at a accident and  lost the use of his arms. He survived this horrific ordeal with the intervention of a group of doctors who specialize in restoring Olympic athletes to their former selves with even greater abilities. Currently he is the leader of the elite super heroes team called the Athlete men. 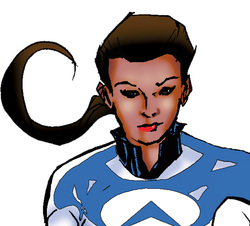 JAVALIN: Dakota North
A Native American from a well respected Cheyenne family in Montana. She began her athletic career as an all-star player at Montana State College. Suddenly she is struck by a sudden tragedy that changes her life drastically. After surviving the incident an Elder from her family took her to a special rehabilitation program that assisted athletes with severe injuries. They helped her to pursue her dreams by giving her a second chance and allowing her to become a powerful super heroine for her country. 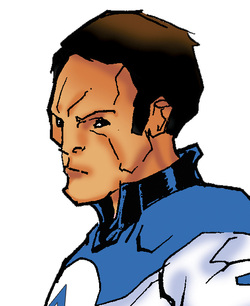 JUMPER: Joseph Amaroo
Born in Australia to aboriginal parents, but given up to adoption as an infant, he was raised by a missionary couple. He grew up to be a top martial arts fighter, specializing in “Parkour” a French fighting style that includes a variety of physical gymnastic movements. He quickly became a future prospect for the summer Olympics. With sudden fame came the wrong crowds and after a run in with the local Australian authorities he accidently fell off from a 5-story building. After years of rehabilitation and little hope for recovery he was offered a chance for a full recovery. 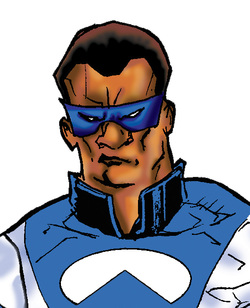 RUNNER: Nathaniel Luther
Was brought up in the mean streets of New York City. A track runner at college, he ran for the Olympic trial race. While running at a competition he lost the use one of his eyes and the both of his legs. This was due to a chemical reaction of a bad batch of illegal steroids. After years of rehab and physical therapy he eventually had a full recovery from his injuries. From that very moment on he made the decision to devote his life in helping out the less fortunate as a super hero. 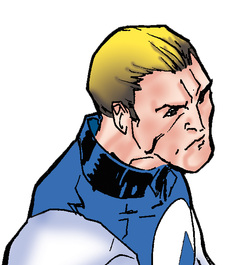 VAULT: Aziz Romani
Was born in Bulgaria to a Gypsy family. While training in East Berlin an attempt was made on his life and a huge explosion went off at his training camp. A Western private Agency who specialized in amputees intervened and were able to insert Nano-biomechanical arms that give him super powered strength. Using his newfound abilities Aziz now spends his days and nights fighting injustice worldwide with the Athlete men. 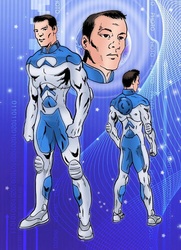 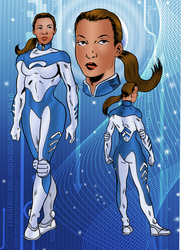 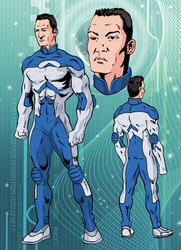 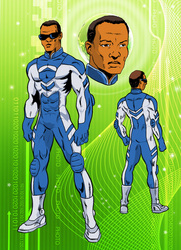 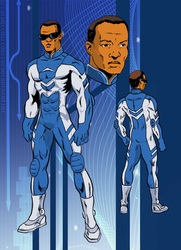 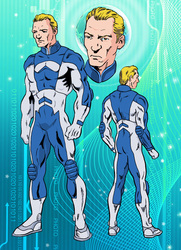